Homeless Shelter Closes Due to Lack of Funding 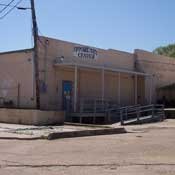 The Opportunity Center has been closed for almost eight months due to a lack of funds.

Opportunity Center, the only daytime homeless shelter in Jackson, closed Friday. The shelter, which was operated by Stewpot Community Services, offered a variety of social services. On daily basis about 175 homeless men and women could use laundry and shower facilities, receive mail and phone calls, and seek day-labor work.

"We just couldn't afford to keep it going, not being sure what kind of funding was going to come in, if any," Spencer said. "We were hemorrhaging money for Opportunity Center. We're way over what we thought we'd spend for it this year."

The day shelter costs around $160,000 annually to operate. Stewpot typically covers between one-fourth and one-third of that cost with its own funds, relying on outside grants from the city, the state Department of Human Services and other organizations, like the United Way, for the remainder.

Stewpot allocated $50,000 for Opportunity Center in its budget this year, but by March it had spent $80,000 on the shelter to make up for the lack of grant funds. It became clear two weeks ago that the shelter would have to close, Spencer said, adding that the center will reopen if Stewpot can find sufficient outside funds.

"It's really tough to close a ministry you started," Spencer said. "It killed us to close that place."

"It was the only day shelter in town," Townes said. "So now (the homeless) going to be spread out. ... You'll probably see people going back into the parks. And when it gets hot, if nothing has been done by the time summer gets here, they'll probably be getting out of the heat any way that they can."