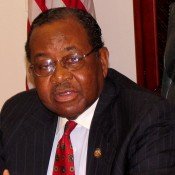 The Jackson City Council voted to approve the city's 2010 budget Monday with a five-to-two vote, with only minor changes in the $359.5 million package. The budget, only rejected by Ward 3 Councilman Kenneth Stokes and Ward 1 Councilman Jeff Weill, makes use of more than $4.2 million from the city's cumulative fund balance, which contains savings left over from previous budget years. The council passed the budget with a clear majority, even though it did not include a $1,000-per-employee pay raise that the Budget Committee asked the mayor to attempt to fund last week.

The mood of the council at the time of the vote was light-hearted, an improvement over the council's attitude during the mayoral campaign season, as the city faced huge budget shortfalls and decreased tax revenue. Mayor Harvey Johnson Jr. submitted a preliminary budget proposal Aug. 19 that accounted for the revenue loss by closing unfilled city staff positions and shifting budget savings accrued through decreases in medical and fuel costs.

The pay raise, approved last week by Stokes, Ward 2 Councilman Chokwe Lumumba and Ward 6 Councilman Tony Yarber, would have cost the city an extra $2.5 million. The council missed the deadline to impose a tax increase to fund the raises; such a decision requires the city to hold hearings and advertise the possible tax increase.

Johnson gave the council the choice of two hard options for funding the raise during the Monday budget committee meeting: Fire between 80 and 100 employees, or cut the budget of the city's bus system by $2.5 million. The council rejected both options, and members decided to seek employee raises during future budget cycles.

Other options to fund the increase included cuts in city services, such as senior-citizen centers and summer programs, or dipping into the city's budget reserve fundwhich could affect the city's credit score and potentially raise the city's interest rate on bonds. The city also had the option to hike fees and citations, which would likely prompt significant outcry from people looking to build within the city's corporate limits. Or the city could simply cut staff.

Johnson gave the council the choice of two hard options for funding the raise during the Monday budget committee meeting: Fire between 80 and 100 employees, or cut the budget of the city's bus system by $2.5 million. The council rejected both options, and members decided to seek employee raises during future budget cycles.

Councilman Charles Tillman said he was not happy with the absence of the raise, but supported the delay. Stokes, meanwhile, stood firm in his support of the raises.

"I can't support the budget because of the lack of pay for employees," Stokes said. "It's important that we send a message to the employees that they work hard and they are appreciated. Just because other cities can't (afford raises) doesn't mean we have to follow suit."

Council President Frank Bluntson, who voted in favor of the budget and against the pay raise after weighing it against the loss of city jobs, chided Stokes for his lack on consistency in supporting raises, referencing Stokes' opposing vote on the living wage of $12 an hour championed by outgoing Ward 2 Councilman Leslie McLemore earlier this year.

"You need to be consistent in what you do. Everybody wants a living wage, but we decided that when we voted for that, a lot of city employees would be laid off. That's why we voted against it. I feel the same way now. I'm not going to be wishy-washy," Bluntson said.

Stokes said he had opposed the living-wage vote because of its comparatively higher cost than the $1,000-per-employee raise he supported this week. "This $2.5 million vote was an easy vote compared to that one," Stokes said.

Weill opposed the budget for reasons unrelated to the pay increase. "This one-year budget is more than the entire cost of the construction of the Panama Canal," Weill said. "Aside form the sheer size of it, I'm concerned that we're balancing it by eating our seed corn and using $4.2 million of our savings. It won't be there for the next serious hole in the budget," Weill said.

Weill, the council's lone Republican, said that $5.4 million in the budget reserved for JATRAN "is better spent elsewhere." And he added that the city maintains 24-hour armed guards in City Hall at a cost of $50,000 a year. Weill wants the mayor to more seriously address the possibility of removing some unsworn employees from the police department to fund more sworn officers.

Last month, Johnson described a report Weill presented to the council (which alleged too many JPD civilian employees) as a comparison of apples to oranges, saying numerous civilian duties in the police department were normally performed by different departments in other cities. Thus, if the positions were eliminated from JPD, they would likely be added elsewhere to the city budget.

Johnson pointed out to Weill at the Monday meeting that the city supplied the 24-hour security because the city does not own the entire building, but must share its facilities with a local Masonic Lodge, which needs perpetual access. He also asked the council to consider the modern-day cost of the construction of the Panama Canal.

Still, Johnson did admit that the $4.2 million it was moving out of the city's cumulative fund balance would not be there next year unless the city replenished it with fresh savings this yearwhich did not look likely. The cumulative fund balance is not to be confused with the budget reserve fund, which helps determine the city's credit score and interest rates on bond projects.

The council managed to tweak the budget for some expenditures, including steering $30,000 to the city clerk's office to hire a CPA to overlook the city on some budget matters. Lumumba and Weill supported the budget amendment, although Ward 7 Councilwoman Margaret Barrett-Simon questioned whether $30,000 was enough to get a good CPA.

"What exactly are we getting for $30,000a CPA to work on an annual basis? I don't think you would be able to hire anyone with any ability for that money. I would not expect $30,000 to accomplish what you're after," Barrett-Simon said.

The council voted to add the amendment after a brief discussion on the legality of the council setting aside the money, versus the mayor. City attorneys say it is the mayor who typically submits a CPA contract to the council to authorize, although Acting City Attorney Pieter Teuwissen tentatively OK'd the vote to assign the money.

Lumumba, an attorney, was confident that the council was right to set aside the money, and asked Teuwissen if he could collect the city attorney's check if he proved correct.

"As soon as you stop suing the city," Teuwissen replied.

I did not find the opportunity to say anything about Bluntson in the past that was positive. I always believe in telling the truth, being fair and giving a complement if one is due. My kids BIG BIRD books taugh me that. LOL! Today I say to Mr. Bluntson, "Thanks for your vote on the budget and for your vote against the proposed $1,000/employee raise." Many of the employee deserve much, much more than that; however, we must deal with the reality that Jackson is without the funds to increase salaries across the board at this time.

this is much informative