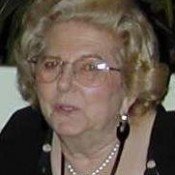 Dr. Cora Norman will be signing copies of her book, "Mississippi in Transition," tonight at Lemuria Books, starting at 5 p.m.

Cora Norman took on the role of executive director for the Mississippi Humanities Council at the organization's 1972 inception, staying with the group for 24 years. Her new book, "Mississippi In Transition: The Role of the Humanities Council," documents her experiences with the council, including the tension of the Civil Rights Era in the state and the council's positive influence in helping to ease the adjustments of moving toward an integrated society.

One of the council's first projects, she says, was a radio program in Holmes County focusing on defining and exploring the humanities for Mississippians. The program featured college professors "from all over," but in an era where race relations were still volatileand dangerouspeople hesitated to call in during the program. They were listening, though, Norman says, because they called after the programs to find out when the next one would air.

Former Jackson City Councilman Leslie McLemore, another former director of the Humanities Council, once said of her: "Cora Norman has done more for race relations in Mississippi statewide than any nonelected official that I have known in the last 20 years."

Since her retirement, Norman's life has been anything but laid back. Pursuing her current interests of citizenship, international relations and women's issues, Norman has traveled to China, South Africa and India.

Asked why she continues her extensive involvement in women's issues, she stated frankly: "I'm a feminist! I'm a doggone feminist. Aren't you?"

Norman left Mississippi in 2007, and currently resides near Crossville, Tenn. She received her bachelor's degree from what is now the University of Texas, El Paso, and her master's and doctorate from Ole Miss, engaging in post-graduate studies at Harvard University among many other schools. As any gracious southern woman of her generation would, Norman declined to provide her age.

"Mississippi in Transition" represents more than a decade's labor. Norman divides the book by the various directors who led the council from 1972 through 1996, when Norman retired. The book also has a chapter dedicated to outstanding women who displayed strength and poise to overcome adversity, including Fannie Lou Hamer, Margaret Walker Alexander and Dr. Jessie Mosley.

"This book was for the people who helped (in the Humanities Council) who I am so indebted to," Norman says.

The council, the state chapter of the National Humanities Council, supports and funds numerous programs that celebrate the state's literature, history, music and the arts. Its mission includes teaching Mississippians about their past, helping to understand the present and provide insight for the future.