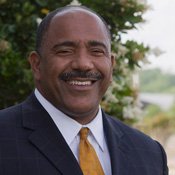 Independent Jackson mayoral candidate David L. Archie is a political animal. Over the last 10 years, he has run for the positions of local judge, Ward 3 councilman and Ward 1 councilman.

Many people want to go through life attracting very little attention, but Archie is pleased with the idea of being a lightning rod. During a March 2008 rally in Canton to protest racial profiling, police arrested Archie and others after the group began to march toward the sheriff's office. Protesters, organized through the ACLU, had a permit for a stationary public rally, but not to march. However, Archie, according to ACLU sources, led participants to march from the Madison County Courthouse.

Archie is nothing, if not fiery, and he applies plenty of that heat to his campaign.

• What are your plans for lowering crime in the city?

I'm really concerned about hardcore crimes: robbery, murder, rape and homicide. When a homicide or murder is committed in the city of Jackson, and we do not solve that crime in 30 days or have someone before a justice, we will put up a $25,000 reward for information leading to the conviction, paid for through the city budget.

• What are you going to do about property crimes?

Then there's the matter of the police patrols. We have got to get police patrols off these main intersections. Crime is not happening on the main thoroughfares. It happens deep in the communities, and I think with the help of watchful people, police can make a difference.

I have first-hand knowledge of what goes on in this place because I've lived there, and no one has to tell me what goes on—from drugs, to prostitution to robberies, murders and all of the above.

• How do you feel about the city's moratorium on rental housing?

• What will you do for the city's aging streets?

I understand that they haven't shown us a lot of love lately, but the areas around us need to know that crime and neglect will spread if they don't step up to help. Even the streets in Ward 1 and Ward 7 are suffering from bad streets. We have to petition the government because there is too much property in the city that is exempt from taxes.

If the federal government decides to build a new FBI building, what do they propose to replace the money that property won't be generating for the city? It's time for this city to tax those who come and work in the city of Jackson.

Indeed, but we've got to continue to fight for it, to push it, and make sure we've got someone there to work with the government. Back to paving: I don't think you should wait once every two or three years to begin paving roads. It should be an ongoing process. It needs to be a continual budget, and you can take from other parts of the budget to pay for road repair.

• What kind of police chief are you looking for?

I think, for once, we're going to have to get someone in that position who is passionate for it. We need a chief who has a relationship with the citizens, because right now there's a wedge in between the two. Many folks in the poorer neighborhoods are not very comfortable with police officers. We need a chief who requires his or her officers to become friends to the people, to know their names and know their phone numbers so they can call them if there's a problem. We need this in all the neighborhoods—in Woodland Hills, Belhaven, Washington Addition and Virden Addition. We don't want a chief to just show up on the crime scene or at public meetings. We want him to go out into the community and surprise some people, shake some hands, offer his assistance.

We spend too much time being reactive as opposed to proactive. We need someone who is totally committed to getting crime under control. We also need someone with a special task force that deals with murder, homicides and robberies on a 24-hour basis, looking for those who need to be brought to justice. It needs to be 24 hours, not just 8 a.m. to 5 p.m. like most investigators. It has got to be 24 hours. People need an investigator who picks up the phone.

• The other candidates have referenced bringing back the Crime Prevention Unit. What's your take on that?

The Crime Prevention Unit is a great proactive means to deal with crime. I would stand behind bringing back the unit, though my emphasis, at this point, is on lowering violent crime.

• What are other issues are you looking to address?

City employee pay. Under my administration, I will take a look at the budget, but I need to make sure employees get an across-the-board pay raise right away.

Across the board. I think there's a good possibility that we can increase those that are (not) on salary, and the ones on the administration staff who get $75,000 a year can do with making $70,000. Perhaps the ones that make $55,000 a year can do with $50,000. If they're committed to the city, they're not interested in the pay. Although the pay is what keeps the household running, it shouldn't be central to why they work for the city.

• Are you sure about a blanket pay raise? What about those who really haven't earned a pay increase? I'm sure they're out there.

There are those who work for the city who work solely to get a paycheck. They know who they are, and I think we need to give them the ax. We're going to monitor the employees and weed out the ones who aren't productive. … The days of five or six guys standing around watching one guy work are over.

• How will you increase city pay without raising taxes?

And make sure you write this: We have about 130 gas stations and convenience stores throughout the city here in Jackson. I don't know how many white folks own them, but I know there are very few black folks who own them. We've got to make sure that they're paying their fair share of taxes in this city. There has to be a plan that when you make a purchase at one of these convenience stores there has to be a receipt, because how can we know how much business they're really doing there if they're not giving out receipts?

It's also an issue of people doing business here but living elsewhere. They're all over this city, whether they're Indians, Iranians or Iraqis. I'm not being prejudiced; I'm just telling it like it is: They're going to have to step up to the plate and not continue to drain this city for money and sending it out of this country. They've got to pay their fair share of taxes if they're going to do business in this city. I'm going to make sure that I walk around with a big stick and make sure that whoever is over monitoring those businesses are doing their job. I'm going to bring them up to code and bring them up to par.

• You want to stop them from sending their own money back home? I imagine this statement will make some people angry—capitalists, for starters.

Tell 'em to come on. Whoever they are, come on. We need somebody to monitor them. They've got a monopoly going on in this city, and it's just not acceptable.