[Rob In Stereo] Avoiding the Stadium 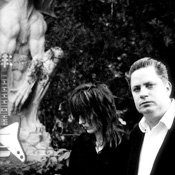 The Dex Romweber Duo takes the stage with the Detroit Cobras on their summer tour, which makes stops in Memphis and Birmingham in June.

Summer tour season is here at last. The chance has finally arrived for dedicated fans to see our favorite over-the-hill acts supporting their most recent failed comeback albums. We can sing along to their decade(s)-old hits next to fans wearing their T-shirts from the last failed comeback album's tour. Who wants to carpool to New Jersey for AC/DC's "Black Ice" tour stop?

While these stadium tours dominate music discussion, one of the more interesting lineups of the season is playing the club circuit. The Dex Romweber Duo and the Detroit Cobras are two acts that have cultivated a dedicated following, largely because of their energetic and engaging performances. They are sharing bills in Memphis and Birmingham June 3 and 5, respectively.

Dexter Romweber has been a staple of the rockabilly scene since the 1980s. He rode to underground prominence and industry acclaim with Flat Duo Jets, his Chapel Hill, N.C.,-based band. Jack White of the White Stripes has repeatedly trumpeted his influence and recently collaborated with Romweber to record a 7-inch vinyl record with him.

The Duo, comprised of Dex and his sister, Sara, recently released "Ruins of Berlin." It is a throwback record of sorts with numerous contemporary artists lending their talents to the cause, including Neko Case and Rick Miller from Southern Culture on the Skids. The album covers a wide range of genres, though it's generally grounded in rockabilly, surf and lounge. Most of the songs feature transplanted 1960s riffs that match Romweber's old-school, stoic baritone voice. The sound is tight, with a simmering, underlying energy that should translate well to a performance.

The Detroit Cobras, one of the most interesting garage bands touring today, should match Romweber's energy. They play almost no original music, instead covering 1950s and '60s soul songs with a conventionally rough, splotchy garage sound. While it is undeniably a gimmick, the band strives admirably to be more than that, largely by choosing only obscure songs to cover. They have four albums, and between them you will find only a handful of recognizable tunes. They may sing a Ronettes song, but it's not going to be "Be My Baby."

The Cobras' lead singer, Rachel Nagy, is a perfect mix of soul-music seductress and punk-rock miscreant. Singing in a provocative smoky voice while pounding a beer and slinging an occasional four-letter word around, she is everything that Amy Winehouse tried so hard to be.

As a testament to this crossover prowess, the band routinely cajoles clubs of punk rockers to shake their hips by only the second or third song in their set. Given this genre's traditional aversion to dancing, this is a feat that's somewhat akin to coaxing Dick Cheney into reciting Maya Angelou.

With a $10 or $12 cover, the Memphis and Birmingham shows will more than offset the price of gas getting to the venue. Given that Romweber is getting older and the Cobras have long surpassed the average garage band's short life, you may not have many other opportunities to see these acts individually, let alone on the same bill.