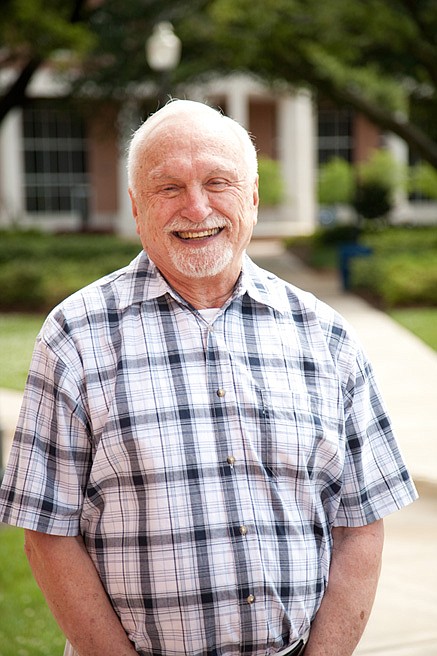 At 78, age has not stopped George Frank from learning new things. Last week, he became the oldest student to graduate from Jackson State University's Department of Mathematics.

A native of Philadelphia, Pa., Frank received his bachelor's degree in electrical engineering at City College in New York City in 1958. He moved to Jackson in the mid-1990s after his then-wife Deborah accepted a position in pulmonary medicine at University of Mississippi Medical Center. Frank worked as an electrical engineer, and years later he decided to pursue a master's degree in mathematics at Jackson State University. Now divorced with no children, his goal is to become a college math professor.

"Math is very badly taught. I looked at all the colleges here, and Jackson State was the only one with a (master's) math program. I didn't even know what Jackson State was," Frank says with a smile.

"I want to teach math because I want to make things clear to others that were never clear to me."

Throughout his studies, Frank says he has developed ways to help students learn and understand math, rather than just memorizing formulas.

"I don't have a very good memory, so I have to understand things. I hate memorizing. My life's work is understanding," Frank says.

In addition to his love for math, Frank also has a passion for words. "I have 13 tall bookcases, and I just bought another one. I collect all types of books," Frank says.

He also enjoys computer programming and making up funny words. He has also written books relating to understanding math and words. "I never published anything, I was shy," he says.

Frank's shyness is definitely a trait of the past. He bubbles with laughter, jokes and smiles. "I've become social. I've never enjoyed life this much," he says, adding that he "sort of secretly" enjoys the attention that comes with being the department's oldest graduate. "I'm the happiest I have ever been."

When thinking about the future, Frank doesn't set any boundaries for himself, either.

"Where I end up next is unknown. It depends on who is willing to hire an old man," Frank says.