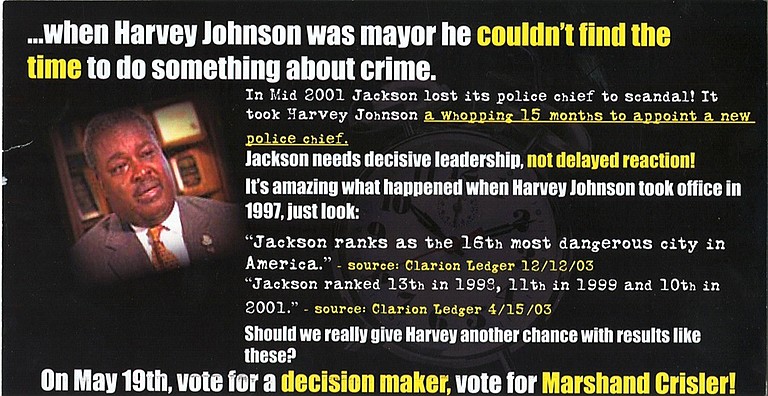 What is it about elections that turns ordinarily sane people into back-stabbing, devious, scheming liars?

Follow almost any campaign—from dog-catcher to president—and just a little surface scratch turns up half-truths, exaggerations and worse. It happens in every race, although we always think that "this" election is dirtier than any other.

Truth is, smear campaigns and dirty politicking probably started 10 seconds after the first candidate in history announced the first campaign. George Washington was the subject of scores of unflattering political cartoons and broadsides, as was every campaigner before and after.

Why? Because politicians know that people want to believe what they hear and see in print. How could anyone be so devious as to post lies on your windshield while you're singing hymns in church? Why would someone spend hard cash to print lies on a glossy mailer?

Because it works. Even for those who don't generally believe rhetoric, there's often just enough truth to raise doubts, and few people have the time or energy to dig into every claim to determine its validity. It's easier to simply go with what feels right, or just stay home altogether.

Campaigners short on legitimacy rely on "dirty tricks" to win races. They count on the public's short political memories and their inability to discern fact from rumor. They spin and sling mud because it's easier than talking to people about real issues and real solutions. Politicians end up talking in bullet points and 15-second sound bites because they think the public's attention span isn't much longer. They can't tell us the truth, they say, because "we can't handle it."

During every campaign, citizens and the media call for an end to back-handed tactics. But, like clockwork, the cycle begins again with the next campaign. The lust for power begins corrupting long before absolute power ever kicks in.

Enough. The Jackson Free Press is inaugurating the Jackson Truth and Transparency Initiative. We call upon Jackson politicians and candidates to break the cycle of lying, backstabbing and secrecy so deadly to our democratic process. We call upon citizens to be more politically active and to ask more probing questions. We call on local media and bloggers to adopt higher standards of legitimacy in the information they provide to the public.

Right now, it starts with us—you and me. Let's begin. Go to http://www.jacksontruthblog.org and get involved.