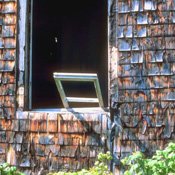 A coming flood of federal aid is forcing state agencies, city government and community organizations to balance local needs with the demands of timeliness and accountability.

"This money is coming so fast, and there's so much of it—frankly, agencies are still trying to work out the details," said Phil Reed, president of Voice of Calvary Ministries, which is finalizing an agreement with the city of Jackson to use housing recovery funds in South Jackson.

Jackson is slated to receive millions of dollars in the next few months from two main sources: the American Recovery and Reinvestment Act, signed by President Barack Obama Feb. 17, and the Housing and Economic Recovery Act, which then-President George W. Bush signed last summer to address the national mortgage crisis.

Louis Armstrong, the city's deputy director of Housing and Community Development, said Jackson has already selected proposals for the $3.1 million it received through HERA. Voice of Calvary proposed a $1.5 million housing rehabilitation project in the Alta Woods neighborhood of South Jackson. Reed says that the program would develop roughly 20 single-family homes for sale. Federal regulations on the HERA funds would allow Voice of Calvary to sell the finished homes for up to 120 percent of the average median income. Work should begin on that project within 30 days, he said.

Habitat for Humanity will also use a portion of the city's HERA funds for work in South Jackson, said Habitat Director of Development Peggy Wall.

"The intent is to remove any blighted areas within that neighborhood, which could mean replacing a blighted home with a new one or renovating one," Wall said.

City officials have not finalized plans for spending the roughly $16.7 million that Jackson will receive from the ARRA. Marcus Ward, chief of staff for Mayor Frank Melton, is co-chair of the city's Recovery Working Group. He said that the city has had to readjust its plans for stimulus funds as the federal government delivers more regulations.

"Everyone thought it was going to be a big money-grab where whatever you send, the government's going to give you money," Ward said. "Well, prudence ruled the day."

Federal auditors will scrutinize Mississippi's stimulus spending for its effectiveness at creating jobs. Ward said that job creation is exactly what the city intends with one of its projects, the reopening of the old Kroger grocery store location at Raymond and McDowell roads. The city will grant a portion of the additional $674,000 it will receive this year through the Community Development Block Grant program to a locally owned grocery chain for renovation of the property, Ward said. He declined to specify which grocery chain is taking over the location but said that the city is in final talks with the company and hopes to announce an agreement within three weeks.

Much of Jackson's stimulus allotment will go to projects that the city has been unable to complete. The city will apply $3.2 million for transit investments to build a JATRAN maintenance and administration facility in South Jackson.

"The city received about $5 million seven years ago to construct that facility, and it never was constructed," Ward said. "Our hopes are to combine that $3.2 million with the funding that we have left."

Similarly, Ward said that the city will spend much of its $1.89 million in energy efficiency and conservation funds to fulfill existing contracts with Siemens and Johnson Controls for measures like energy-efficient LED traffic lights and mechanical system upgrades.

In addition to the funds it will receive directly from the federal government, Jackson stands to collect stimulus funds through state agencies, including the Mississippi Development Authority and the Department of Human Services.

DHS is administering a $51 million home weatherization program, $3.3 million of which will go to Hinds County. The program pays the full cost of weatherizing a house for homeowners whose income puts them under two times the national poverty line. Sollie Norwood, DHS director of community services, said that DHS will review applicants for weatherization assistance on a first-come, first-serve basis, but it will give priority to elderly and disabled applicants.

Motice Bruce, director of MDA's Energy Division, said that the state will receive $40 million for alternative-energy development and energy conservation. MDA will not know what projects it can fund until later this month, however, after the federal Department of Energy reviews its application and issues spending guidelines.