Painting on Silence: The JFP Interview with LL Cool J 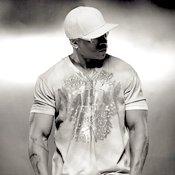 LL Cool J performs at the Miller Lite Crawfish Boil this Saturday, May 2, at the Mississippi fairgrounds.

L.L. Cool J appears at the Crawfish Boil Saturday night. Visit the JFP's sponsor table while you're there.

It has been 24 years since a 17-year old LL Cool J first hit airwaves with his song, "I Can't Live Without My Radio." After two decades and millions of records, James Todd Smith is facing a new chapter in his career. The New York MC has ended his 13-album run with Def Jam and is now looking toward the future with digital distribution.

This weekend, LL will grace the stage at the Miller Lite Crawfish Boil to entertain a new generation of Jacksonians. He spoke to the Jackson Free Press this week and discussed his post-Def Jam plans, his new digital label and if he's ready for all the good southern food.

When was the last time you were in Jackson?
Aw, man. It's been a while. I used to come there when my career first started. I was there a lot more, especially when I was dropping albums consistently. I used to really come there a lot.

Well, since you mentioned dropping albums: Your last album, "Exit 13," came out a few months ago. How do you feel about it looking back?
I thought it was a great piece of art. I don't think commercially it helped or hurt. I think it was kind of a lateral move, but artistically I feel great about the music and what it was, you know what I'm saying?

And that was your last Def Jam album, right?
That was my last full-length album. I don't see myself putting any more full-length albums out in general, but I do see myself creating new singles here and there and continuing to create music as an artist and make artistic contributions. But I don't have any more plans of making any more albums.

So there's no more trying to move to another label or anything?
No, no, no. None of that. As a matter of fact, my focus when it comes to labels is to focus on my live concerts. God willing, I want to continue to do that as long as I have the health and strength. I love live music. I love the idea of performing for people that grew up with my music and them bringing their kids and families, coming out and checking out the music that I do. Getting into it on a live level.

In terms of recording, any music I put out now will be associated with Boom Dizzle, which is my digital distribution network. And that was actually set up for these new artists—this new generation of artists to be successful and give them a platform to really do well. We have thousands of artists on there right now, and we're in the process of picking some winners from the All-Star Competition. I just really want to help these other artists to achieve their dreams in music through Boom Dizzle. With that being said, I still want to do my music here and there and a video here and there just for the fun.

It's interesting you mention this digital distribution because when you were first coming out we were listening to tapes and records. How has the transition been for you into the digital platform?
It's really not a transition for me because, incredibly enough, I made my last album at the tail end of the era of people really going out to get physical product. I mean, you have a few artists out there that sell big physical product, but I think things have kind of switched. For me, it's been OK. Obviously I've seen a decline in sales, but I think that's not just because it's digital. It's a matter of my music maturing and my audience maturing and us just moving on as human beings. I don't know if that's necessarily because it's a digital era.

But, with that being said, I think the digital era is great for these new artists and new kids that are just coming in. It's a platform that they have to take advantage of. Ultimately, great music is always going to win if it's put in front of enough people and enough people can find it. So, it's really all about the music. And artists who have their finger on the pulse of what their generation wants to hear will be fine whether it's digital or physical.

Of all of these new artists out, who are you looking for now?
I've been listening to a lot of the artists on Boom Dizzle, which would probably be more under the radar. It's not me trying to name artists that have a bunch of records on the radio right now. I've really been focused on artists on Boom Dizzle. That'll be artists like … Nicolette and Izzo (who) are on Boom Dizzle (who) actually have some cool music.

It seems like a lot of new artists are having trouble getting out there and getting their sales up. How will their work with Boom Dizzle move the needle?
I think it'll move the needle for a few reasons. First of all, there's a lot of attention on the site, and we just started. So that's the first thing. I also have some technological innovations that are going to make it easier for artists to move the needle on a lot of different levels. So it will have all the attention it needs to have in order to help them. And I'm going to, with the grace of God, put all of my attention into it and talk about it and increase traffic and people's chances of getting discovered. Plus we just inked a distribution deal with iTunes because I can now take you from having a song in your basement to having a single on iTunes and a video and a career launch pad.

Throughout your career, you've always been able to release a radio hit, which many people struggle with. What has kept you making those hits your whole career?
I've just always done what I love to do. I've always done music that I really care about and thought was special. Let's not try to pretend: Art is subjective. There's no science to it. You can sit down with some of the popular producers, and they can try to explain to you the science, but the science is still going to be servicing their subjectivity. You can talk about technology and science, but art is art. At the end of the day, musicians paint on silence like painters paint on canvases. You just have to create it. For me I just loved what I did and did my best and always tried to create music. I think that my audience has really grown up, and now that my audience has grown up, I feel that it's important for me to evolve as a human being and to take my life and career to the next level. But as I was doing it, I just really loved it. And still, I really love it. And that's why I want to put as much positive energy into helping this new generation as I can. Like I do with the young artists around me, if they want my input or feel like I can help them, or if they feel like I can be of assistance then I'm there to do it.

Looking over to the movie side of your career: Do you have any more movies in the works?
Not right now. I'm not really working on any movies. I read scripts, and I've really tried to take my time with that. Last night (April 28) was the premier episode that I did for "NCIS," which I did for the spin-off I'm doing with Chris O'Donnell. The next episode will be airing May 5. We'll see what happens from there, but right now that's all I've been focusing on on the acting side.

Let's switch back to the Crawfish Boil. How familiar are you with this southern cooking?
Are you kidding me? (Laughs) I'm very familiar. I'm clear.

I know you New Yorkers have what you think is southern food but this is different.
Yeah, yeah, yeah. Don't get it twisted. Please. (Laughs) My grandfather and them came from Barbados, but my grandmother is from Columbia, South Carolina. I was going to Piggly Wiggly for buckets of chitterlings! Please. We played in red clay dirt while the fried chicken was frying. I'm with you. I'm ready, baby. And it's horrible because I'm not supposed to eat all of that, but it's too good.

I love how you spelled out "chitterlings." You know good and well it's "chitlins," man! LOL Of course, I wouldn't go near that stuff with a ten-foot pole.