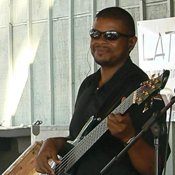 Latinismo! is one of many musicians and performers that will be part of the Jackson Convention Complex Grand Opening Jan. 17.

The first ballot I cast as a newly registered voter included a referendum to build a convention center in Jackson. It's rewarding to finally see that idea go from a blue voting machine screen become a tangible, beautifully constructed reality in the heart of downtown Jackson. To celebrate the grand opening, the Convention Center Commission, along with many other hosts and sponsors, is throwing a big party with two large stages of music and arts performances all day long. The celebration will also include a lounge with games playing on big screen TVs, a shuttle service to take you to the complex, and a food court and concession stand. The event is kid-friendly, too, with face painting, a rock wall, bungee jumping, Smiley the Clown, a petting zoo, and  are you ready for this? ... Vince and Larry, the crash-test dummies. Performers will grace the stages in 30-minute intervals throughout the day and include Latinismo!, Kamikaze, Faze4, Jesse Robinson, Full Moon Circus, JSU step teams, New Stage Theatre, Ballet Mississippi and Dorian the Magician, to name a few. Free music + magicians + food = a perfect Saturday afternoon.

I was at the Convention Center yesterday and I had a good time. There were a lot of things to do there, especially for kids. It was reported that 20K were expected to attended the Saturday events. I also don't remember downtown being this crowded for an event other than Jubilee Jam and the St. Patrick's Day parade. I'll also attend the car show there next weekend. I got a ticket from Kroger the other day. I don't know if they still have tickets to pass out, but I think this will be a great event to have here. Downtown is back and all of Jackson will be not too far behind!