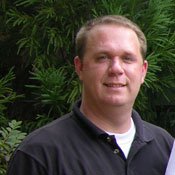 Chris Mims, 34, has returned to city government, this time as director of the city's communications department. He worked as a staff member in the department in Mayor Harvey Johnson Jr.'s last administration under former department director Dorothy Triplett, who now manages CONTACT The Crisis Line, a suicide hotline.

Mims left his post after the arrival of former Mayor Frank Melton, and moved to the Jackson Zoo as director of marketing and public relations. When Johnson won re-election this year, the '99 Millsaps College grad was at his side soon after and was one of the first directors Johnson named to a post.

• How do you feel to be in Triplett's spot? Are you handling the pressure well?
I can't speak highly enough of Dorothy Triplett. She was a consummate professional and a very wonderful person, and I feel like I have some very big shoes to fill. The situation and the environment have changed a little bit. We have some media and people out there who are a little more technologically savvy these days, and they expect to get their city information from a broad number of sources, so we're trying hard to implement some of those new technologies to get the word out as well as we can.

• Tell me about Jack-Stat.
We're still in the research stage. Cities across the country are starting to implement city-stat programs. We're looking at Cap-Stat in the city of Washington, D.C., and some other places like Chicago and New York. This is an interesting system where you can track the progress of a number of things, such as citizens' complaints about roads and ditches and housing issues, as well as the progress of city projects and the way city money is being spent.

What I've found unique about it is that when you implement a city-stat-type program, there's a new level of accountability that's automatically put into place among the department directors and city staff. A lot of those cities using some form of city-stat program have weekly progress meetings to address citizens' complaints and issues, and they talk about how to clear the books quicker and make handling problems more efficient. I'm excited about that.

• Speaking of technology, what's the chance of updating the city's Web site? It's awful slow on my computer. Is it slow on your computer too?
It must be your computer. It comes up pretty fast on mine.

• What? Nonsense. My computer is a 2008 Alienware M17, I'll have you know. Nothing comes up slow on ituh, except the city's Web site.
We're in the process of looking at our city Web site and making some changes to it cosmetically, to make it more user-friendly for the citizens and to provide some more services that they could find useful.

• Why on Earth would you want to help deliver information for a city with such complicated and contentious issues? Wasn't working at the zoo easier?
I love the city of Jackson, and I believe in this administration, and I believe that Mayor Johnson is a perfect fit to combat some of the real problems that the city faces. I'm excited to be a part of that and fulfilling whatever role I can play in making the city of Jackson the very best city it can be. I couldn't not be here, so to speak. I have to be a part of this.

•Does the administration realize that there is an exceptional need to keep in touch with the local media, possibly because of a penchant for enmity between the media and the mayor's office?
The administration realizes more than ever that a relationship with the media can't be anything less than a symbiotic relationship. In order for us to get the accurate message out to the citizens of Jackson of all the positive things we're trying to work on and all the concerns and challenges we have, we need to nurture our partnerships with the media. We're thinking very purposefully on how we can best engage the media to get the message out.

•What are some of the methods you're using to get the information to the media? What's the administration doing different than it did before?
Mayor Johnson, I thought, was pretty engaged with the media in the previous administration. We held bi-weekly meetings with the media, we spoke to various editorial boards, and we worked very hard to maintain relationships with reporters. But now we're reaching out even further. We're doing everything we can to process media requests as quickly as possible, and we're putting together some technology online that hasn't been used that much in the past.