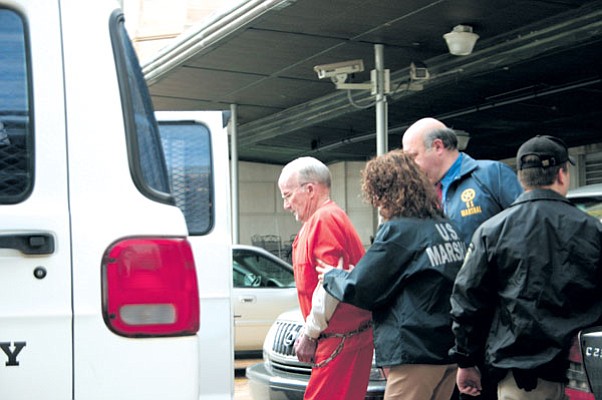 Federal prosecutors filed two petitions with the 5th U.S. Circuit Court of Appeals, Tuesday, Sept. 23, for the court to rehear their Sept. 9 decision to overturn James Ford Seale's 2007 conviction on two charges of kidnapping and conspiracy to commit kidnapping.

Seale, identified by FBI informants as a member of the White Knights of the Ku Klux Klan, allegedly kidnapped, beat and murdered Charles Moore and Henry Dee, both 19, in 1964. Police arrested Seale and Charles Edwards for the crimes at the time; however, Franklin County authorities refused to prosecute the case and released both men in 1965. In an apparent plea agreement with federal prosecutors, Edwards testified against Seale in the 2007 trial.

Seale's defense team brought up the statute of limitations during the initial trial.

Arguing for the prosecution, U.S. Attorney Dunn Lampton said that although the Supreme Court might have eliminated the death penalty for kidnapping in '68, they did not redefine the crime as non-capital.

"The limitations period depends upon the capital nature of the crime, and not on whether the death penalty is in fact available for a defendant in a particular case and because the defendant is charged with offenses deemed by Congress to be capital in nature, he may be prosecuted for those offenses without limitation," Lampton wrote in 2007.

Judge Henry Winfield found for the prosecution during the trial.

Because of the way the 1964 law was written, the U.S. Supreme Court ruled in 1968 that application of the death penalty under the federal kidnapping act was unconstitutional. Because of the phrase "if the verdict of the jury shall so recommend," rights of defendants waiving jury trials or pleading guilty could be violated, the court held.

In 1972, Congress took the additional step of striking the provisions relating to the death penalty from the law. This step was likely taken in the wake of the Supreme Court's decision in Furman v. Georgia which effectively said that the death penalty was cruel and unusual punishment under the 8th and 14th amendments, reinforcing a national moratorium on capital punishment due mostly to public opinion. That 10-year moratorium came to an end with Utah's execution of Gary Gilmore by firing squad in 1977.

The Violent Crime Control and Law Enforcement Act of 1994 reinstated the death penalty for kidnapping "where the death of any person results," according to the U.S. Attorneys Criminal Resource Manual. "With respect to kidnapping, or conspiracies to kidnap, taking place prior to September 13, 1994 the penalty was 'imprisonment for any term of years or for life.Ҕ