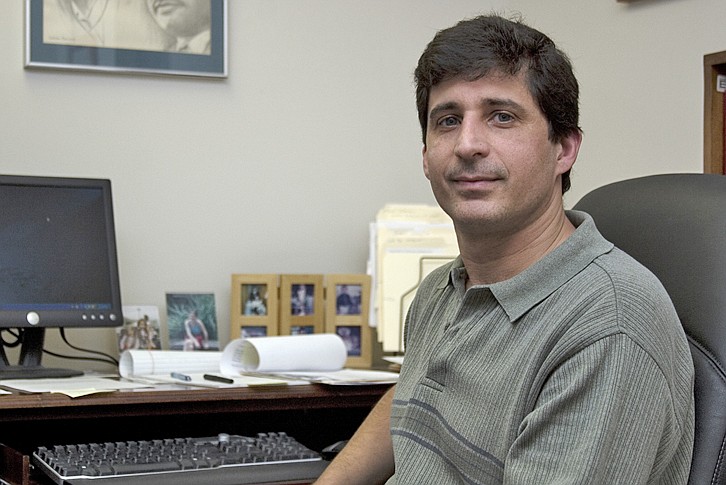 André de Gruy did not want to be a public defender when he came to Jackson for law school 20 years ago. But recently, as the top lawyer in the Office of Capital Defense Counsel, his proudest moment came while sitting in the audience at the exoneration of Kennedy Brewer.

Brewer is an innocent man who spent 16 years in prisonincluding six years on death rowfor a rape and murder he did not commit. De Gruy helped set him free last year.

De Gruy, 44, grew up in Metairie, La., where his teachers, parents and Catholic faith taught him responsibility for the poor.

"I went to law school with the intention of representing poor people," de Gruy says. "I didn't know it was going to be criminal defense."

While attending Mississippi College School of Law, de Gruy interned at the Capital Defense Resource Center, a federally funded non-profit. He eventually took on trial-level work for the Hinds County Public Defenders office in 1996, serving as president of the Mississippi Public Defenders Association from 2001 to 2003. In 2001, then-Gov. Ronnie Musgrove tapped him to start up the Office of Capital Defense Counsel.

Created by the Capital Defense Litigation Act, the office was one of the first in the country to fund defense for capital crimes at the state level to relieve the burden on the counties. De Gruy wants to double his staff to have a total of seven lawyers. But death penalty work is tough, and even if he can get the Legislature to fund more staff, the hard part is finding three more lawyers.

"I'd be lying to you if I told you that there are folks out there who can't wait to get these jobs," he said. "It is a strain emotionally. Not only are these complex legal cases, there are no higher stakes in criminal law. ... If you're unsuccessfuland sometimes if you are successfulyour case will be reviewed in post-conviction. You'll face bar complaints, and these are high-profile cases, and the pressure on the lawyer to do this full-time is tough."

De Gruy's wife, Beth, is an attorney with the Social Security Administration, and they have four children, three girls and a boy. Their oldest daughter is a freshman at the Mississippi University for Women, and the youngest daughter is a second-grader at St. Richard's Catholic Elementary School. He says as a death-penalty lawyer with four kids, he has little time for anything else.

Andre' de Gruy never ceases to create a world where words of truth and hope can be spoken. I have profound respect for him in his calling as a death penalty attorney. I feel honored to know him. Andre' strikes me as one who early on became aware of those two or three great and simple images in whose presence his heart first opened. This awareness gives him the courage to stand with the poorest of the poor, exposing himself to questions of life and death, innocence and guilt, hope and despair, in ways many of us would never risk.