Sexy Side Effects of Seahorse 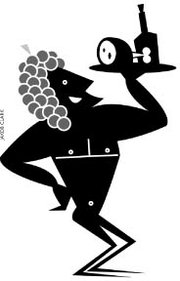 The world has forever been on the lookout for a good aphrodisiac. Henry Kissinger said it was power and money, which might be your only hope if you look like Kissinger (or The Donald). Isabel Allende said it's words, while Saul Bellow said it was being a writer. Others will swear that the most potent aphrodisiac resides between your ears and in your eyes. Whatever.

We wanted to share some of the more unusual, out-of-the-ordinary potions to snare your loved one. Because the word aphrodisiac comes from Aphrodite, the Greek goddess of love and beauty, our list starts with the Greeks.

The ancient sages Hippocrates and Aristotle swore by lentils, while Plutarch suggested fassolatha, a bean soup and the national dish of Greece, for virility. Some advocated vegetables in the onion family—onions, garlic and leeks—while others promoted mushrooms, specifically truffles. Hippocrates and Aristotle disagreed about mint, the former saying "no way," while the latter advised Alexander the Great against allowing his troops to use it since he believed their attentions would turn to making love, not war.

Free of our Calvinist traditions, the ancient Egyptians believed in sexual openness and didn't feel guilty about enjoying sex. Everybody was doing it in Egypt—you even got to get a little in the afterlife. One of their most popular aphrodisiacs? Lettuce, thought to be a favorite food of the gods. They also leaned toward ginger, pomegranates, coriander or pearls dissolved in wine, radishes mixed with honey, and best of all, baboon faces added to ointments (yes, that's faces).

The Vikings preferred honey as both an aphrodisiac and a fertility enhancer. Supposedly, these tough northern people invented the honeymoon. After nuptials, couples were encouraged to go off on their own to get familiar, and plied with copious amounts of mead, which is wine made with honey. Interestingly, honey contains boron, which enhances testosterone levels and intensifies orgasms. If all else fails, you can also lick it off your partner, which will either gross her out or turn her on. We recommend a little experimentation in that department.

Chinese herbalists are famous for their libido boosters. Deer antlers rate high on the list, as do licorice and nutmeg, which is hallucinogenic at high doses. Ginseng is a classic Chinese aphrodisiac, as is mulberry fruit. Other herbs included in the Chinese bag of tricks are cordyceps, epimedium and rehmannia. And let's not forget seahorses, sold in China, Korea and Thailand, and exported by India.

Aphrodisiacs come in all kinds of imbibe-ables. There are the mamajuana liquers of the Caribbean, originally from the Dominican Republic, usually a mix of rum and herbs like chamomile, cinnamon and star anise and sometimes a bit of sea turtle penis. Even the Bible makes mention of the root mandrake for its potent qualities. And then there are the classics: oysters, first documented by the Romans, and chocolate, called food of the Gods by the Aztecs—but I don't recommend having them together. Try a bit of dark chocolate with a glass of Cabernet to induce passion (who cares which one works), and don't forget the vanilla-scented candles.